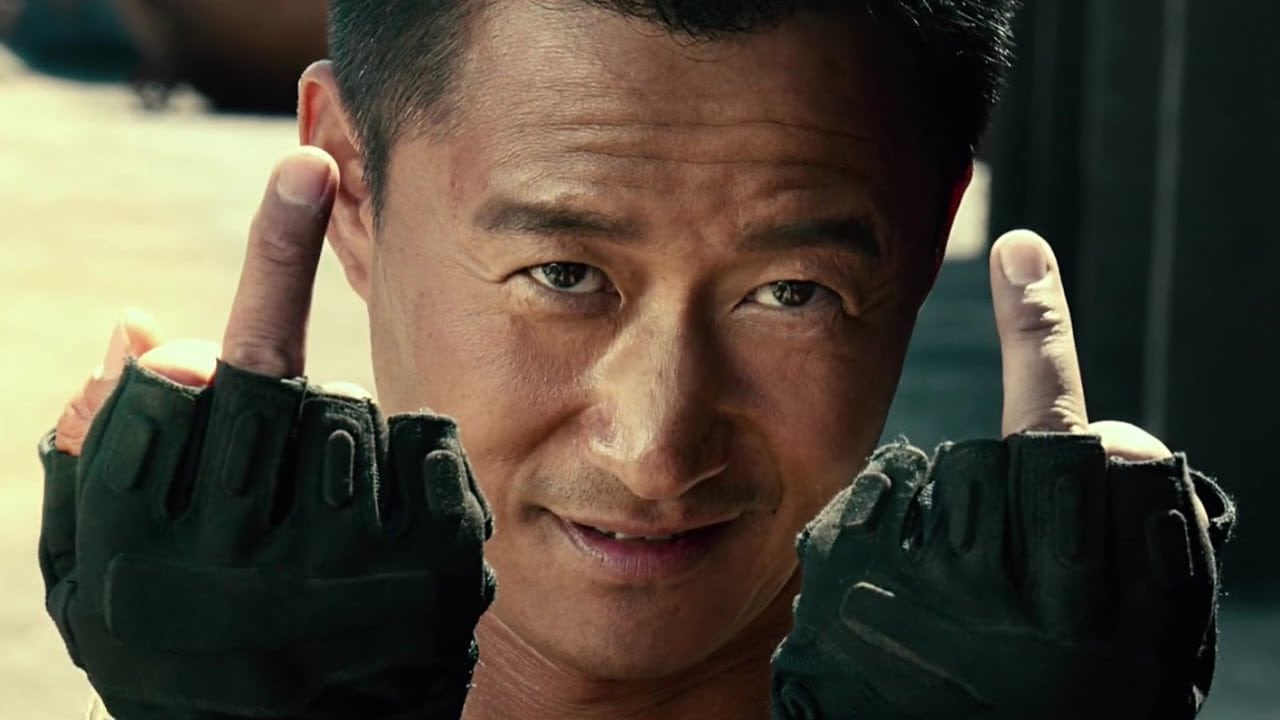 I wasn’t super excited about WOLF WARRIOR 2.  I found the first one fairly middling, with a distinct lack of martial arts, and a waste of Scott Adkins as a villain, so I wasn’t jumping for joy when I saw a sequel was on the way. The first one was a massive hit in China, so I hoped maybe an influx of funds would boost the entertainment value.

Wu Jing (the star of SPL 2) directs and stars as an invincible soldier living in a worn torn African country that quickly becomes under siege by evil rebel forces.  The American bad guys (led by a sneering Frank Grillo of THE PURGE fame) are the hunt for a cure to a deadly virus and Wu Jing ends up on the run with their target. It all leads into a number of never ending martial arts (Horray!) and pyrotechnic laden action set-pieces that are as fun as they are endless. Jeeps get crashed through buildings. Hospitals are blown up. An entire country is bombed to smithereens.

Also, it wants to let you know that China is the best. 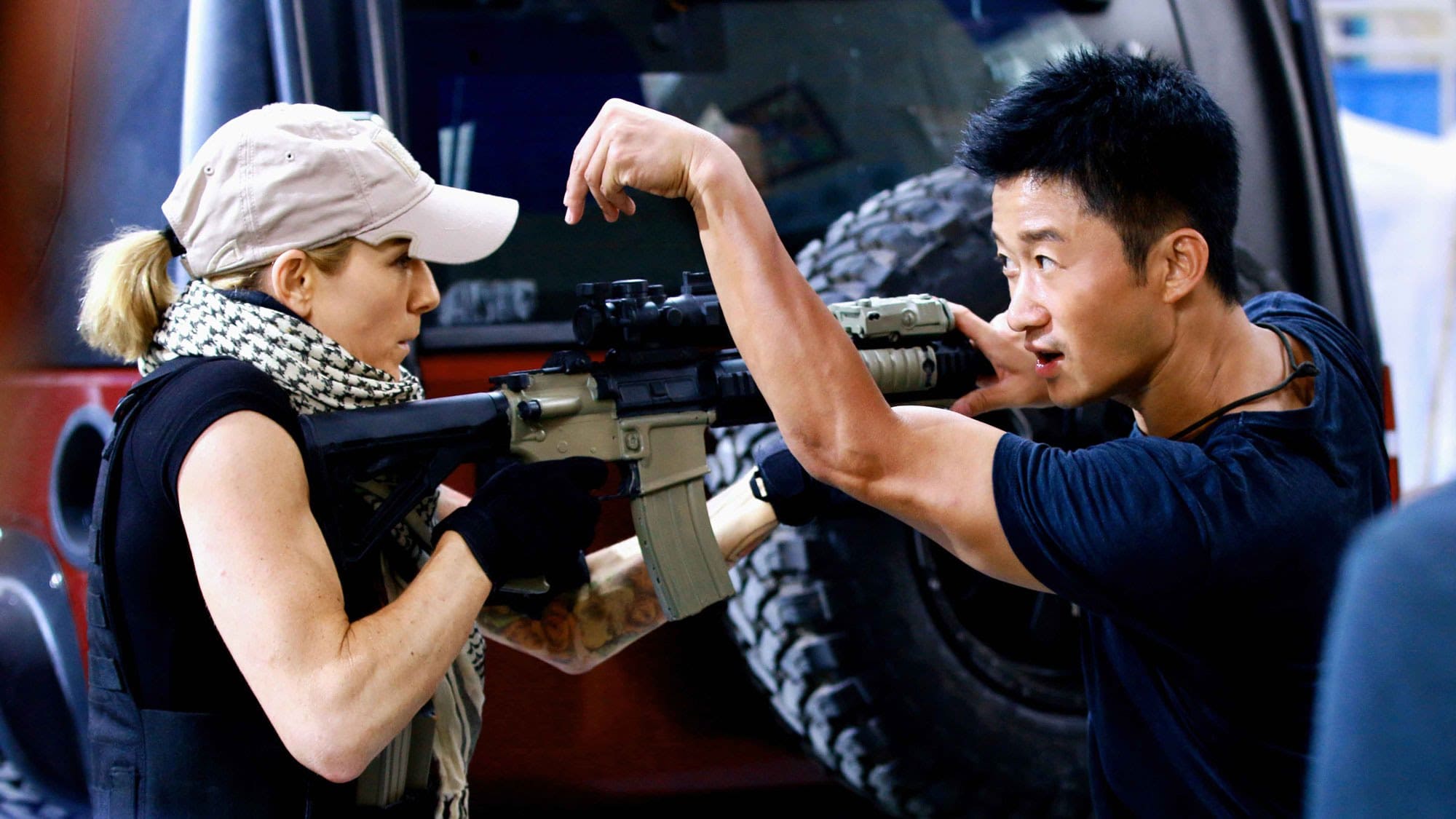 Opening with a jaw dropping faux long-take that climaxes with the best underwater fist fight I’ve ever seen, WOLF WARRIOR 2 is pure entertainment. It’s big, boisterous and really dumb, but it’s the kind of dumbness rooted in creative need to please. Wu Jing punches, drives and shoots his way through hundreds of baddies (all played by American stuntmen) in a  trite story about the importance of fighting against bad guys and…uh…I guess that China being awesome? For all it’s slick thrills, this is essentially a throw back to the eighties action movies from the States AND Hong Kong (even if this is a mainland production). The villains are sneering gweilos, spitting out insults about being superior, as our heroes fight to do the right thing – and kill everyone in their path. Wu Jing stabbs people with ammo clips, uses poisoned home made arrows, and in a moment that had me cheering out loud, smashes through a window, grabsa piece of glass in MID-AIR and slices a baddies throat.

As a Mainland Chinese film, it’s as positively stuffed with propaganda.Wu Jing becomes human Chinese flag at one point! I  also cringed when I read it was going to be set in Africa, as Chinese action films don’t have the best track record when it comes to cultural sensitivity, but they steer away from portraying the locals as goofy caricatures. Unfortunately, they do treat them like cannon fodder. Every set-piece begins with hundreds of black skinned innocent bystanders being mowed down by bad guys. It’s a little sobering to watch a child get blow away and then watch Wu Jing catch a rocket in a bed spring.

Or maybe this is exactly the tonal nightmare that makes those eighties action films so enjoyable? The film recently smashes box office records in China, so I think the message is clear. People want big old dumb RA-RA action films! 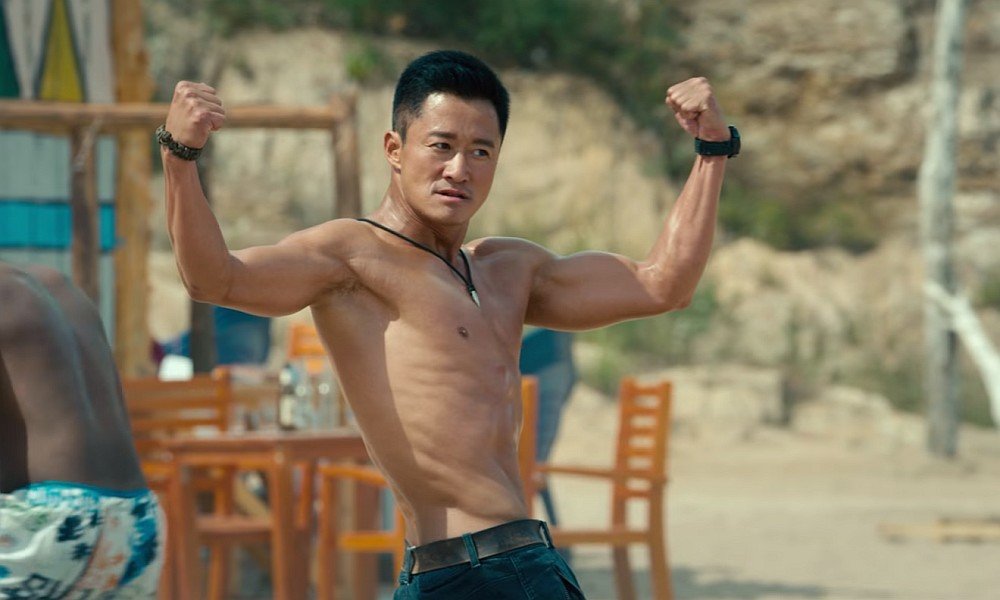