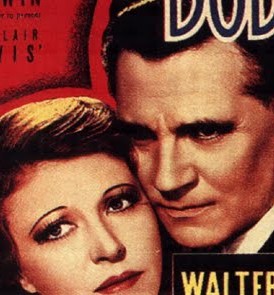 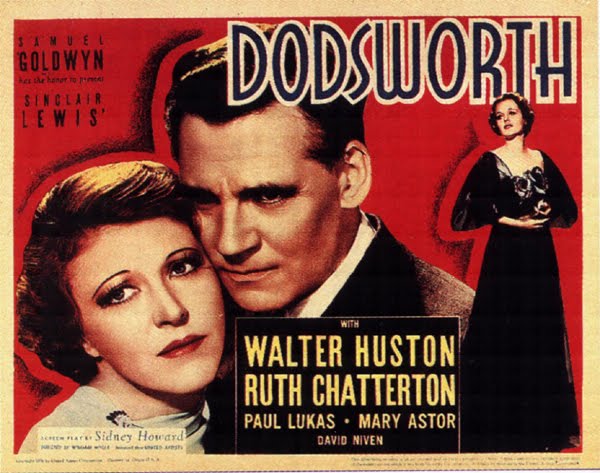 I dived blind into Doswroth expecting it to be a Citizen Kane like tale of a buisnessman’s fall. Nope. It isn’t the 30’s relationship drama hat the poster seems to be advertising either. Well, it is a relationship drama, but its the story of the dissolution of a long time relationship, which is not the kind stuff you’d expect to be told across such a big canvas by an ace studio director like William Wyler. 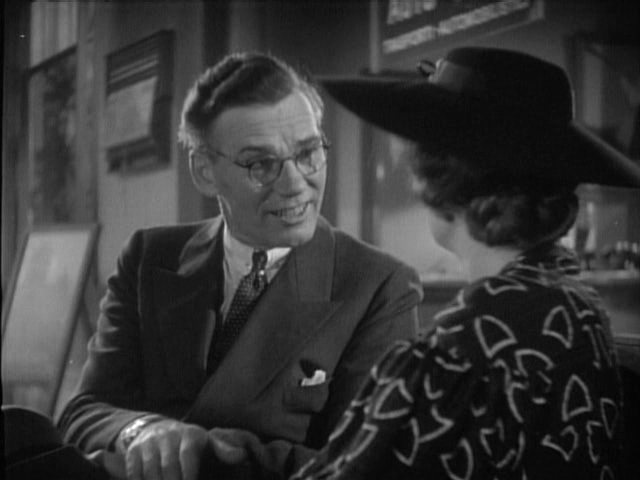 Walter Huston stars as Sam Dodsworth and he’s at his most charming best.  I associate the actor with playing genial bearded old men (often in the film of his son John), but here he goes full blast on aw-shucks charm as the retired owner of an automobile company who wants to explore the world with his wife of twenty years Fran (Ruth Chatterton). It seems like a straightforward plan, but when they start spending all their time together friction rears its ugly head. She wants to be a socialite. He wants to explore and pal around with common folk. She wants to feel young again and he wants things to stay the same. Is it something they can simply talk through?

The relationship film usually follows a set path – meet, fall in love, conflict, and finally reunion. DODSWORTH takes a long term relationship and slowly peels away it’s layers, revealing that life sometimes has to move on. Director William Wyler never judges any of his characters, even if on paper one of them could be pegged as a villain, because none of the decisions they are make are inherently evil. They are following their heart, even if it may foolhardy, and things turn out more sad then malicious. Wyler never gets lost in the drama, keeping things chugging along at a fast clip and painting the two leads in a sympathetic light with banter that echoes the years they’ve spent together, and even when things split off, you never feel the film demonize any of the characters. His use of space and art design is particular impressive, framing character simply in massive rooms, while giving a little twist (like a character listening in the background) to subconsciously make it resonate. DODSWORTH is undeniably a classic.