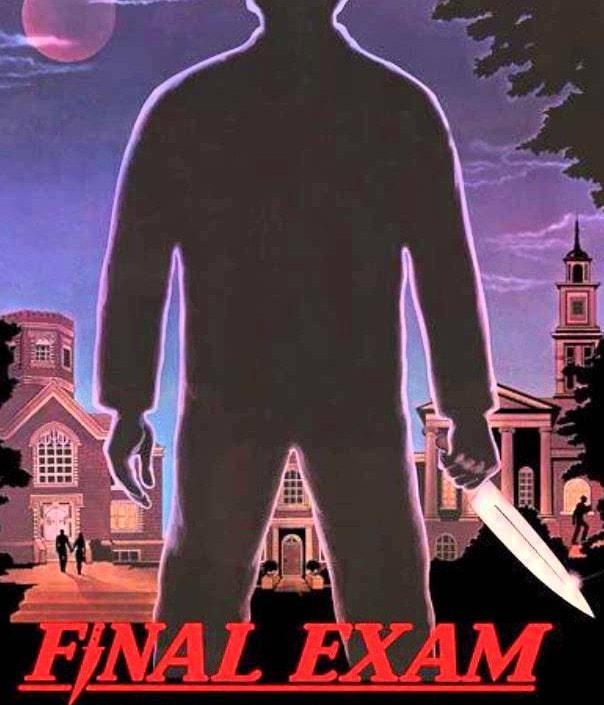 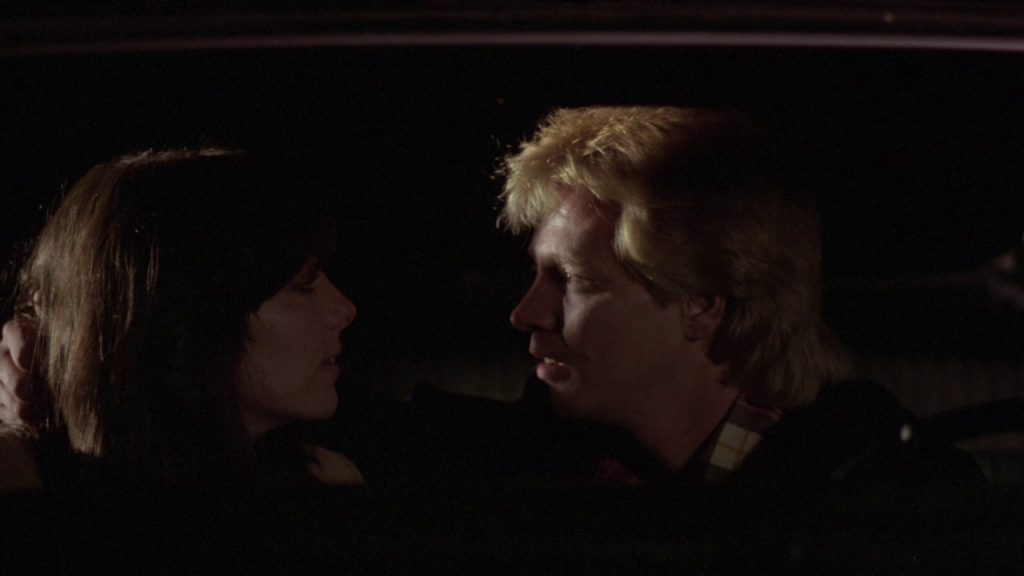 In the first scene of Final Exam, a teenage boy and a teenage girl make out in a car.

The boy keeps kissing her neck.

The boy avoids eye contact, unsure of how to answer.

Of course he doesn’t love her. He’s not ready for that. His whole life is ahead of him. He only wants to live in the current moment and avoid the definite. Everything is in flux and he can do anything.

“Of course I love you” he says.

“Good.” the girl replies with a smile “Can we get out of here?”

And then a killer appears and murders them both.

He wears blue jeans, has no mask, and he uses a kitchen knife. Cold reality never looks stylish. 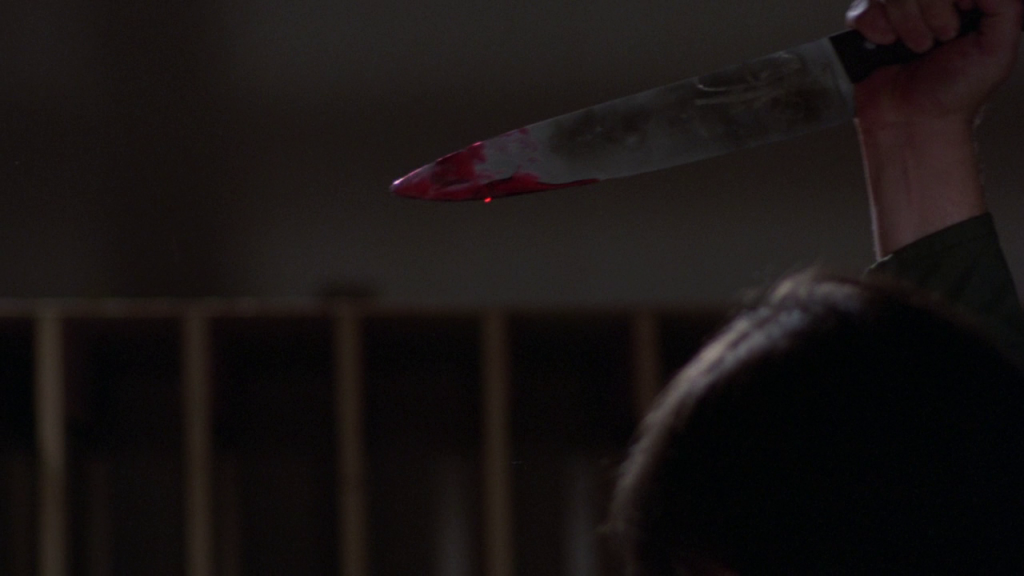 Final Exam is about a bunch of not quite adults struggling with the reality that their fun times are over and now they have to grow up. It’s as blase as you would expect, with most of the characters being interchangeable drones (echoes of their future selves?) as ready to to go home from College for the summer. Eventually the slasher shows up with his trusty kitchen knife and start killing people. It’s not flashy. It’s not particular interesting. All of the students who worried and sweated about the life that lay ahead of them never had to worry again. About anything.

I think about death a lot these days. 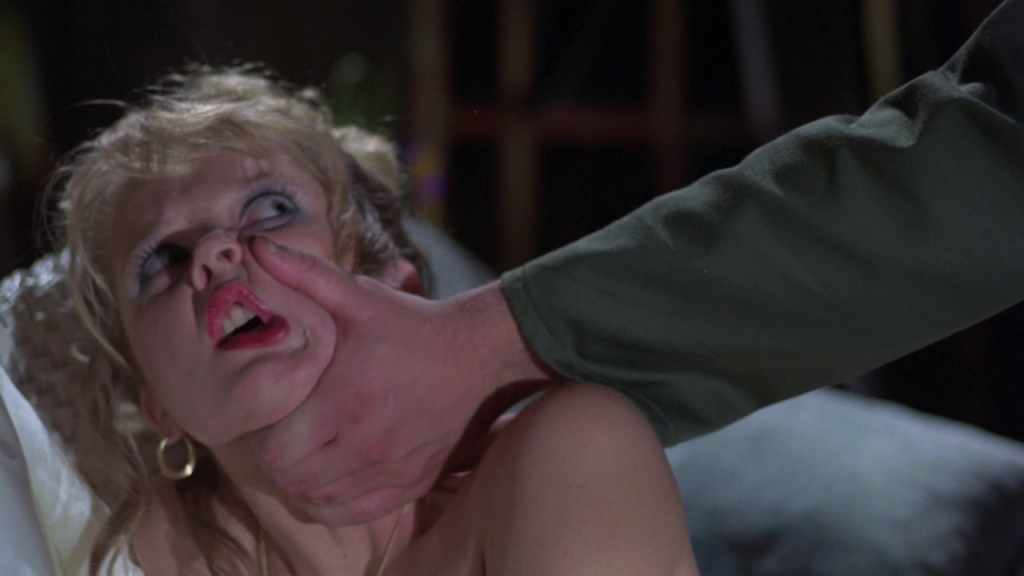 My lovely dog Godzilla had to be put down a few months ago. She was sick, but her death came out of nowhere. We had to make the decision in minutes, and then she was gone. Everything that we worried about, the food we had to buy for her, the medical tests she was going to have to get, and even the fact that she was overdue to get her nails trimmed, none of it mattered anymore. It was over and there was nothing in her future. Her toys, blankets and leach were still there, but she was never going to use them again. You have a future until you don’t anymore.

It’s these heavy moments in life that always get reflected in the most trivial of things. In horror movies, you laugh when someone gets murdered in a goofy way because we’ve only known them for a few moments. We never considered that they had a future in the first place. From the moment they popped up on screen we’ve been waiting for them to die. It’s when you hang out with a character for so goddamn long like in Final Exam that when the death finally arrives, it’s almost a surprise. They weren’t interesting or compelling. They were just characters who thought they had a future.

Is FINAL EXAM a good film? Hell no. A good slasher? Nope.

It’s just about hanging out with normal people for an hour and then watching them die in the most pathetic way possible for absolutely no reason.