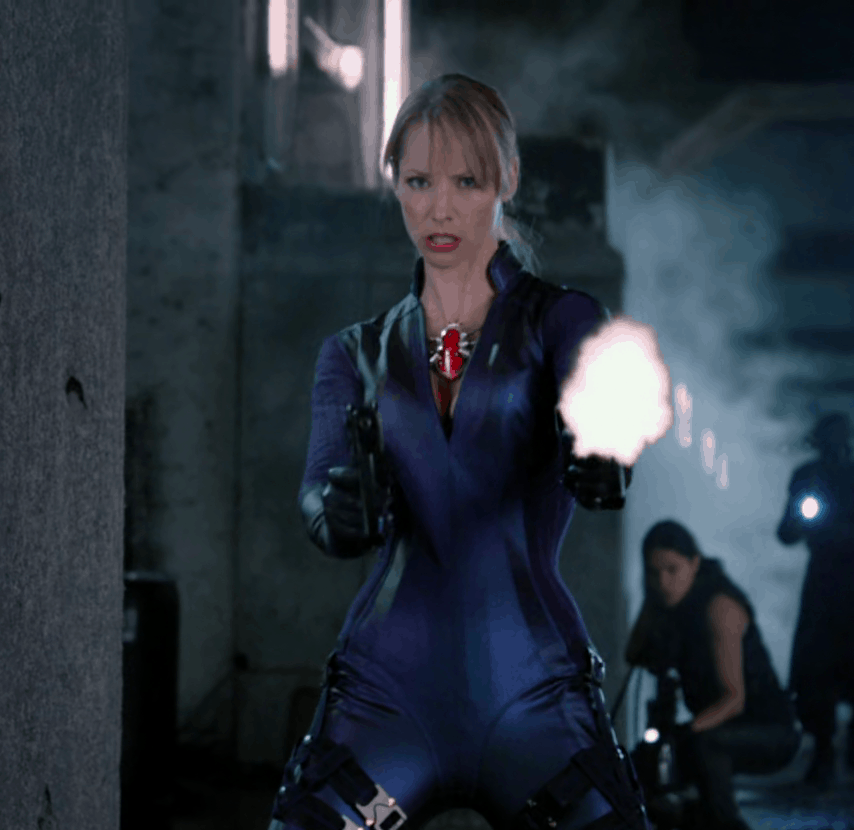 Resident Evil: Retribution is not a film. It’s a broken video game, whose code has gone sour, crashing together in explosions of non-sequitur, desperate to excite.

Like every film of the franchise the first fifteen are the strongest, with a straight lift from the DAWN OF THE DEAD REMAKE leading into a series of fights and gun battle that have no link to anything we’ve seen before. Alice is in suburbia, then Tokyo, then a featureless glass corridor. It’s all revealed later as an underwater testing ground, but it’s just goobledeegook to lead to action scenes.

The best action scene has Alice taking on a bunch of zombies in a corridor where she gets inspired by fun Hong Kong moves. The worst action scenes are everything else, where characters stand and fire at oncoming hordes, or they have endless fist-fights in the snow. There’s a lengthy sequence set in Russia with zombies that drive trucks and wield chainsaws. I have no idea what’s going on.

This is the franchise at its most naked. It exists only to provide a delivery system for action scenes, returning characters, and the same tired monsters chasing after our heroes. There’s another lead from the RESIDENT EVIL video games that shows up, but beyond looking and sharing his digital doubles name, there’s nothing that makes him stand out from anyone else. We are supposed to be pleased to see him there. That is all.

I like RETRIBUTION because it embraces the pointlessness of this all.

Every character Alice meets in this film is dead by the time the next one starts. Who is the victim of the titular retribution? The Umbrella Corporation? That would make sense if Alice was actively searching it out, but in the case of this film she is only fighting to survive, so the retribution is against her? Who knows! An academic will have to decide.