Mulberry Street – A Mischief of Zombies 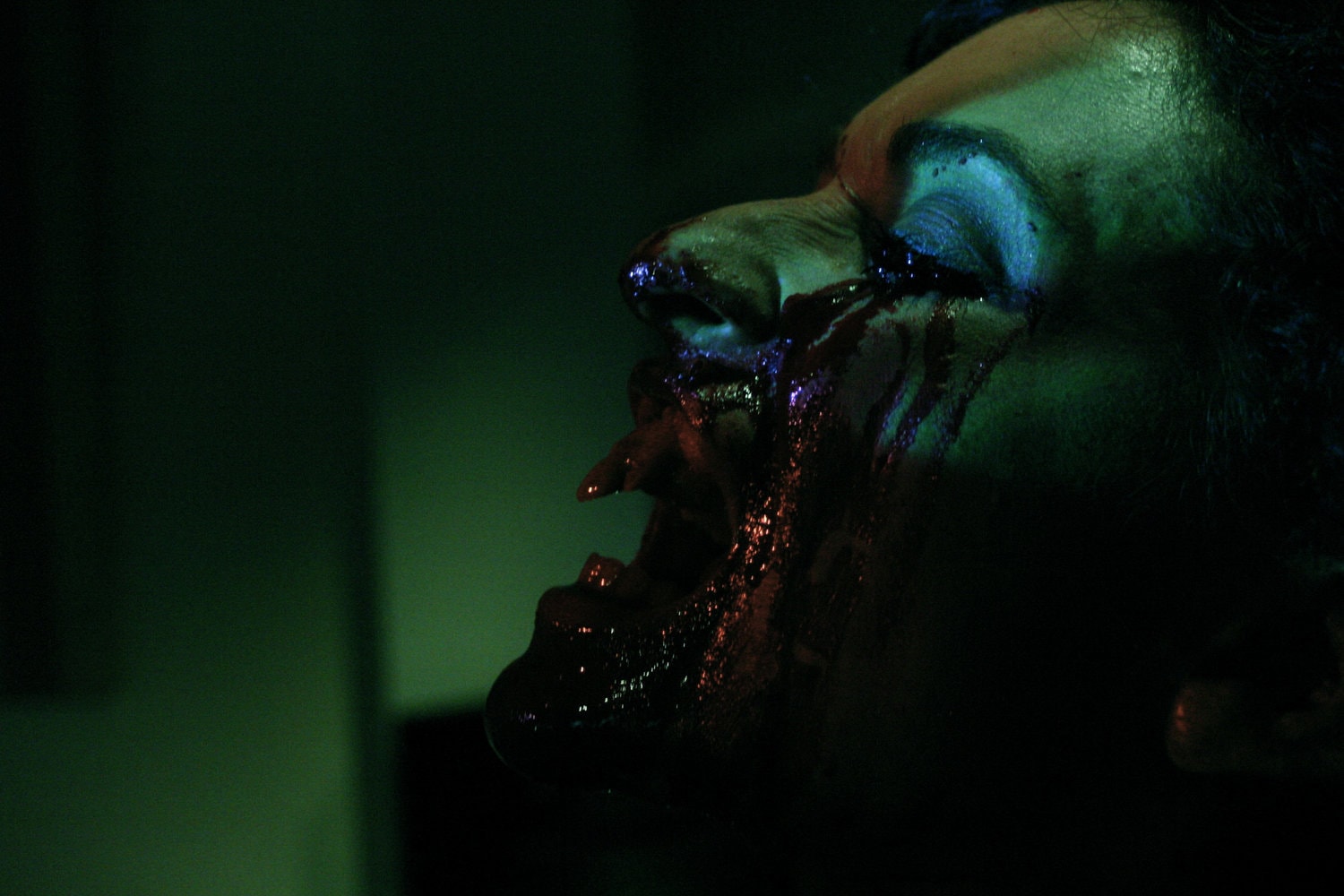 Mulberry Street – A Mischief of Zombies

Mulberry Street is a first time offering from writers Jim Mickle and Nick Damici, who went on to write “Stakeland”, and “We Are What We Are.” Mickle also directed this one, and that is about as good of a pedigree you will find in the movies I have been reviewing. The problem being, that doesn’t make this movie any better. Unpolished is the nicest way of saying it. Plot wise, a virus breaks out that is being spread by the large rat population. When bit by a rat the victim dies and then comes back to life with a sparse smattering of rat prosthetics. They then become zombies and do everything you would expect from any other faster-moving zombies.

But remember they are now rat people… 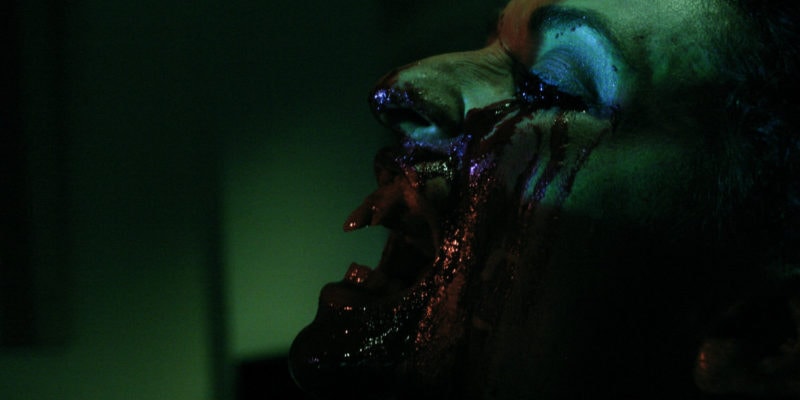 It is at this point that Mulberry Street lost me on its purpose.

Is it trying to use the overdone zombie formula in a different way by making the infected rat people? Or is it just a zombie movie, about people infected by rats. Because to be honest, the back of the box said they were rat people. Yet, these people act and move like zombies. Not rats, or large rats, or people who are turning into rats. So, make no mistake, this movie is about a zombie virus. Rats bite people, and they turn into flesh eating zombies who get ratlike features based on the budget at the time.

That completely crushed my hope for this film. I was looking forward to rat people. I wanted them to be bitten, and turn into crazy rat people, who act like rats but are in people form. I never got the feeling of anything but the undead, the shambling hordes, the mostly dead. I know this came out in 2006, but that is still part of the big wave…of zombie flicks. Add to that, a limited budget and overly dark night time shots, and it’s hard to tell if they even have rat makeup on. All I am saying is when you make a movie that promises killer rat people on the back of the box, you need to deliver on that promise.

Moving on past the zombies… I mean rat people.

Mulberry Street is somewhat populated by a ragtag group of misfits that I am supposed to care about, and yet knew very little about. I am struggling to remember any of the names of these people, as I can only seem to remember them by their one defining characteristic. They all had a single thing that separated them from the extras in the background. Let’s see who I remember. There was boxing guy, scarred soldier lady, and an old man who listens to the radio. You know your character development is on the light side, when the character who is a single mom waitress, with a teen boy, is the deepest you can find.

There are more characters, but as a whole, they add so little to the film that when they are bitten and ratified very little changes or is affected. Most of the time the characters don’t even bother to react to when their friends die. They just move on without nary a word. I don’t know if this was a personal choice to show what would happen if the regular Joes of society were trapped in a zombie…sorry, rat people infested nightmare. In real life, if that happened, it would be short and terribly dull as all of the people involved would have been eaten and ratified. Which, I guess in this movies defense, is what happened. 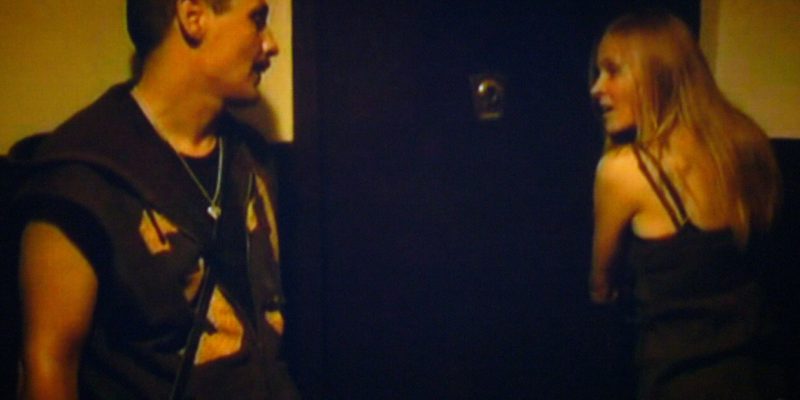 There is also a pretense of tension. Like I was supposed to feel it, in every scene. Our main characters are being chased. So, let’s put the camera in front of them and have them look tired, sweaty and scared. Quick! Run! Faster, faster, Fasssteerrr. Run! RUN! RRUUUNNNNNNN!!!

There are very few chase shots that you can see anything behind them. This movie was honestly a few flips, and fence hops away from becoming a crappy parkour action film. Even though I knew that the rat people were supposed to be behind them, I never saw them in the same shot as the main characters.

I guess there is an argument, that by not seeing them and having no idea how close or far away they are, you add to the tension. Are our heroes going to be eaten? Are they going to get away? Are they out for a jog? We will never know! For me, that erases the tension. It is not like we haven’t seen the monsters. They are everywhere. There is no invisible evil that when we look into the darkness, we can’t see but know is there, hearing it breathe, building the fear of the unknown in us, never knowing when it will strike. It’s not the same for zombies…

I want to know where they are, how close the characters are to being eaten. I want the tension to built in close calls, quick escapes, and a multitude of bloody fists banging on the doors. I want to feel the never ending chase of the zombie, never leaving me enough time to catch my breath before I have to move on in fear. If you never see them in the chase scenes it leaves you feeling like the characters just plain beat the rats everywhere they went. So, basically, the rats were really, really slow. 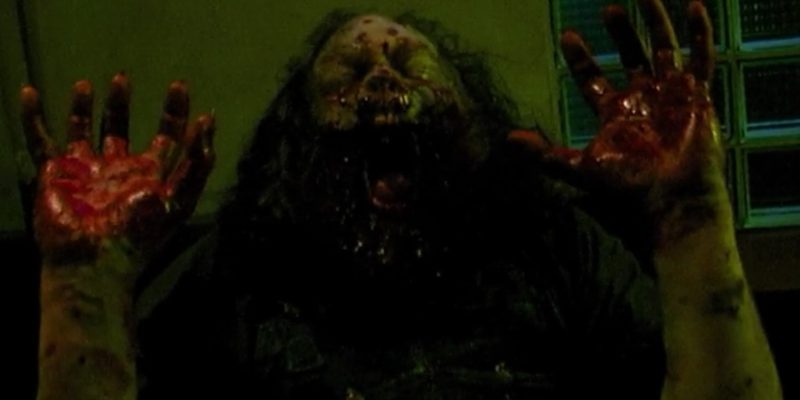 Anyways, all this running culminates in a weird stretched out ending. We find ourselves with the teen boy, boxing man, and soldier lady on the rooftop of their apartment building. Then one by one, all the now zombie ratified version of each other character comes out the door and tries to eat their once family and friends.

There were silent moments of recognition and the pain of having to choose to put down a loved one. All the emotions you should try to put in a zombie film, just packed into the last minute and forty-five seconds of Mulberry Street. Then boxing guy grabs his once family friend and they both fall over the side of the building and die, I am not sure why this happened, but I guess our boxing hero just had enough of this film and figured if he didn’t end it, then nobody would.

Mulberry Street ends as the camera slowly pans over the two people laying on the ground together, showing their faces, and expressions of death, with a soft soundtrack in the background. It made me feel like I missed a message somewhere along the line. I’m not sure, maybe it was anti-war, family is good, all people are equal, don’t do drugs, get off my lawn, please don’t feed the rats. It is in there. I don’t know what it is, but I bet it’s deep.

I think the lesson learned here is that if you want to make a different type of zombie movie, don’t bother. The best thing to do is, not make a zombie movie then. You want a movie about killer rat people, then make them killer rat people. Hey, it worked for “Hell Comes to Frogtown.”