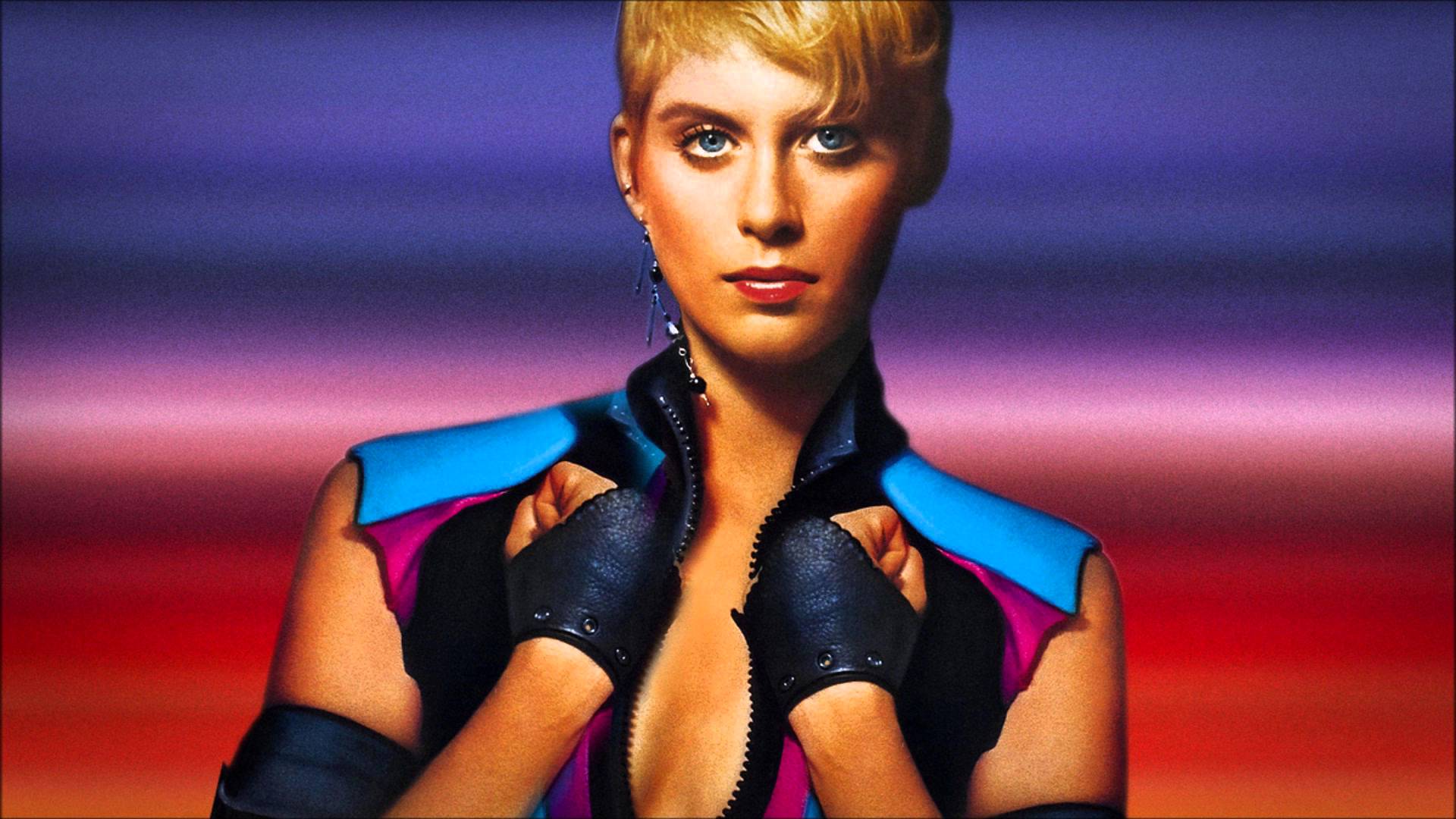 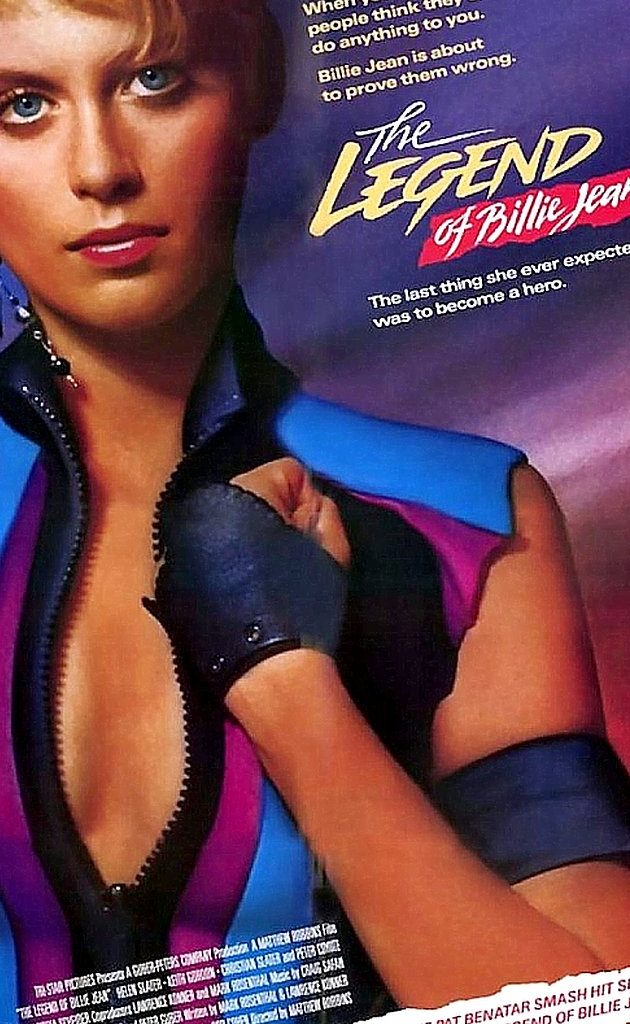 I love myself a road movie. I especially love myself a road movie that features a bunch of teens  on the run because they accidentally shot a lecherous older man. They’re not bad eggs, they just found themselves in a bad situation. From director Mathew Robbins, director of the classic CORVETTE SUMMER, comes a fiery (literally and figuratively) rallying cry for women and the disenfranchised teen who just want “fair is fair”.

A blonde Christian Slater stars as Billie Jean’s brother, who sets the whole mess in motion when his scooter gets trashed by a bunch of bullies and Billie Jean (A doe eyed and steely Helen Slater) sets out to collect money that’s owed. It’s a a measly 607 dollars, but when the bullies father tries to put the moves on Billie , he ends up shot. Billie, her brother and their two friends hit the road without a plan, and find themselves deified by every single teen in the country. Billie’s adopts the style of Joan D’Arc (after seeing the Jean Seberg version on TV), Keith Gordon plays a horror loving heart throb (I don’t buy it) and Yardley Smith co-stars, so you can get to hear Lisa Simpson say “Fuck” a bunch. 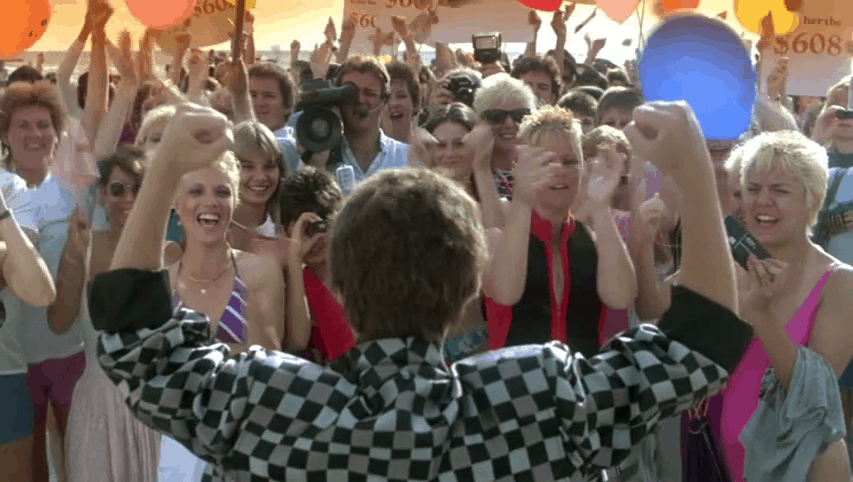 It’s not subtle stuff, with Robbins having done a similar ‘lovable losers on the lam’ riff in THE SUGAR LAND EXPRESS, but here he covers it in that sweet 80’s aesthetics. Billie, of course, has her own jamming  theme song (INVINCIBLE by Pat Benatar) and is iconic with her short shock of dyed blond hair and a dangling earring that is quickly adopted and emulated by the below eighteen crowd. The film tries to decry the commodification of real people, and we can all nod along sagely, but the fact is that Billie Jean IS cool! I’d want a poster of her on my wall!  I don’t believe an entire populace would wise up once they learned the truth, that the same man that tried to assault her exploited her image, because people like what they like. Once Billie Jean becomes a legend, the real person wouldn’t matter much.

Big, brash, and empowering, BILLIE JEAN has its own cult, but never seemed to pierce the mainstream. It deserves to, with a strong message, fun leads, and a great crowd pleasing style. Director/Writer Mathew Robbins career is an odd one, working with some of the biggest filmmakers early in his career like Steven Spielberg, before segueing into a directorial career that never took off. He did the fun (and surprisingly grim) CORVETTE SUMMER with Mark Hamill,  the fantastic fantasy film DRAGON SLAYER, and tried to play it safe BILLIE JEAN and BATTERIES NOT INCLUDED to no avail. His last film was a dog picture called BINGO. Robbins co-wrote a few scripts with Guillermo Del Toro in the 90’s which resulted in MIMIC (heavily re-written and re-shot) and CRIMSON PEAK (which was shot decades later) 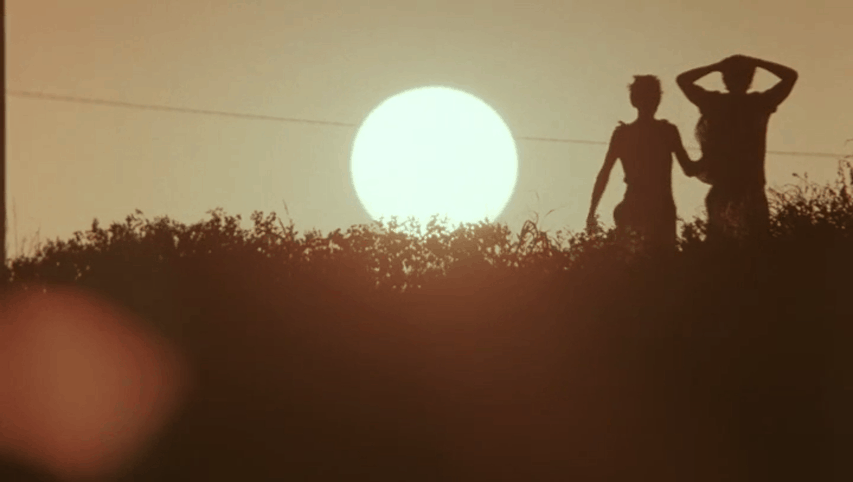