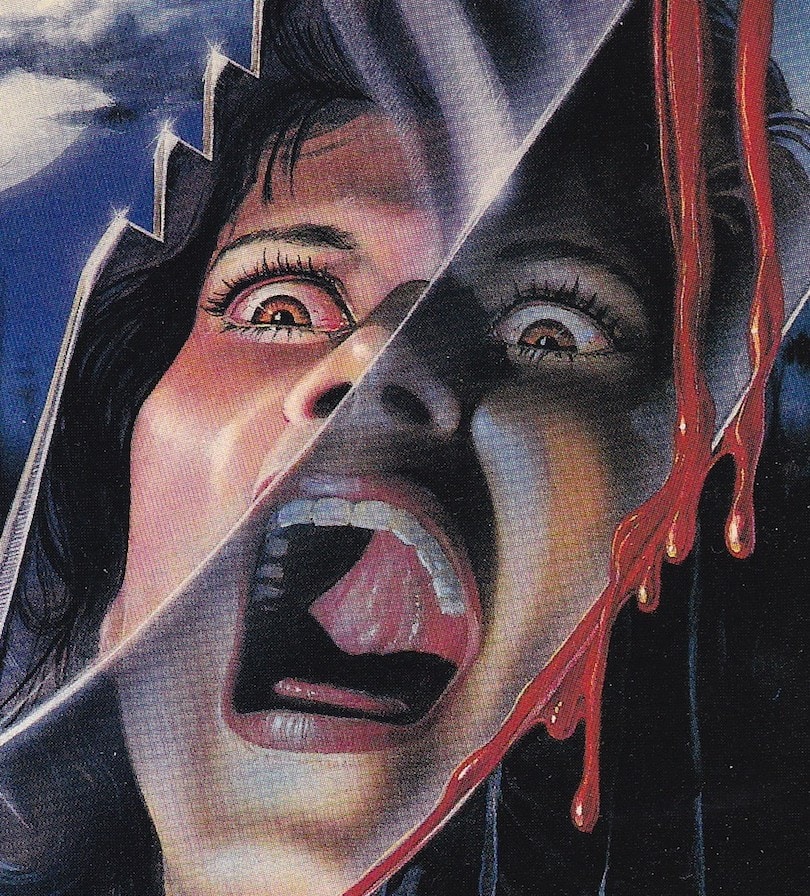 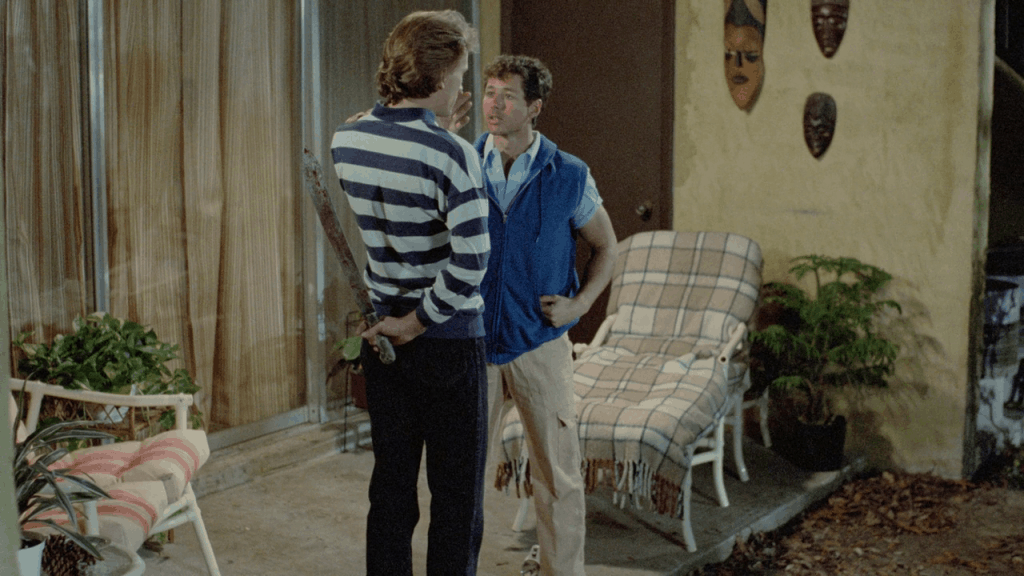 BLOOD RAGE is the 80’s slasher at its most pure. There are teens, they hang out (for thanksgiving), and then they killed in horrific ways. That’s it! There’s nothing more to this 24 frames a second moving picture. Don’t look for any social commentary, or a plot, or even directorial flourishes.The story about twin brothers (One an evil psycho, the other framed for murder) never plays an important part, because the meek twin doesn’t do a thing until the final few moments. It’s just the psycho twin killing a bunch of disposable teens who are hanging out (swimming, playing tennis, bumping uglies) waiting to die (I couldn’t even name any of them). What makes it so special? What makes BLOOD RAGE worthy of a THREE DISC SPECIAL EDITION from the great Arrow Films?  They RE-BUILT the film to include all the gore that was trimmed out! 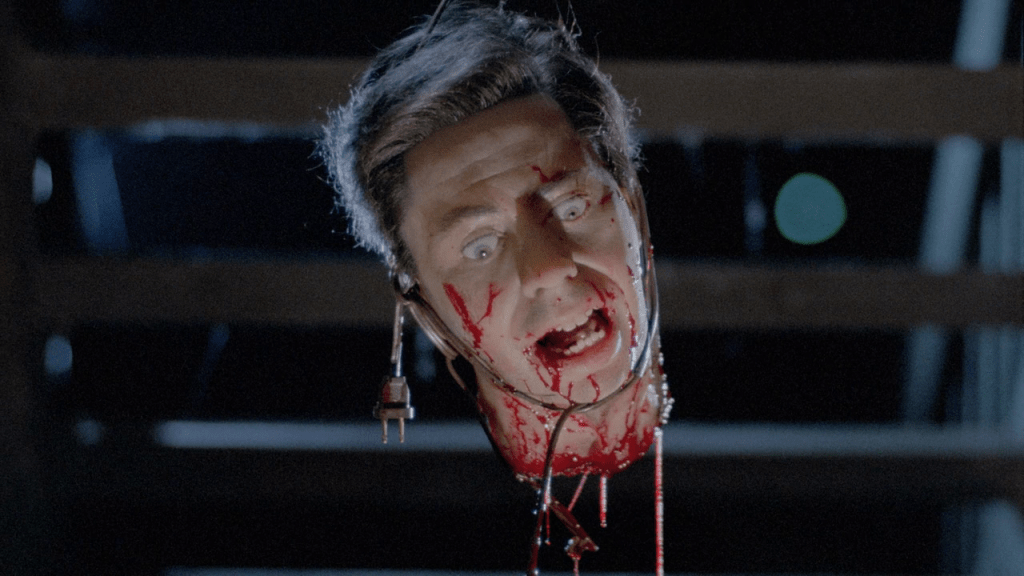 It’s tough to put your finger on what exactly makes BLOOD special (beyond it’s amazing gore), but there are a few elements that click into place. For example, the splatter in BLOOD RAGE is the kind of stuff you imagined when the kid who’s parents let him watch R rated movies explained the best bits of the newest Jason movie. BLOOD RAGE features a hand part from it’s body,  a machete blade exit a torso in gruesome detail, and the camera that linger coldly as woman cut in half continues to twitch. Top tier sicko gore gold. 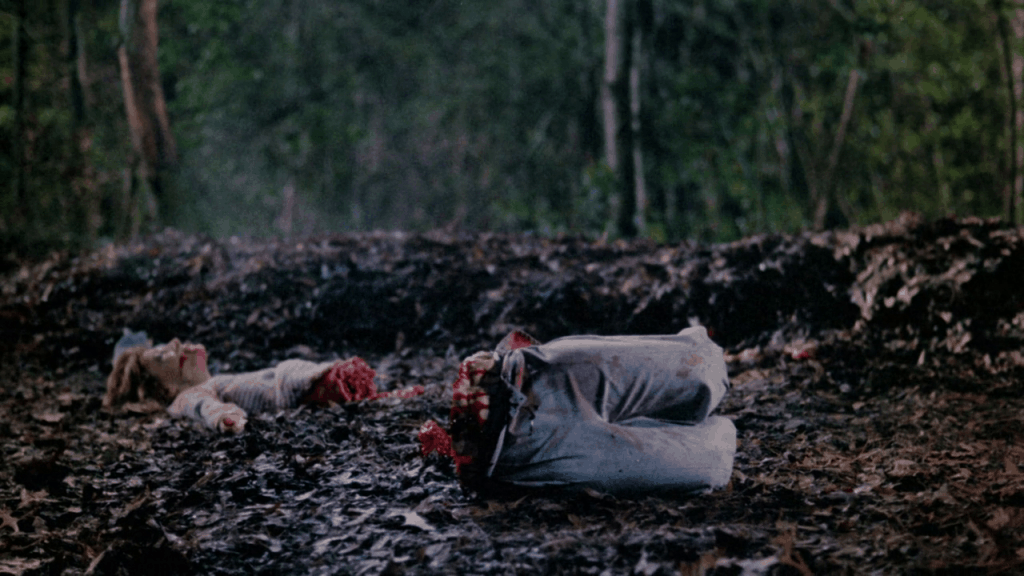 At the same time, the lead killer Mark Soper makes the film sing. The actor, playing the twins (but mostly the psycho one) gives the mulleted slasher the affection of a teen bored out of mind with the work he has to do. “I love you!” he says mildly as he swings a machete “Why are you running?”. Even the final girl gets into the absurd action at one point with a pointed “Oh COME ON!” as the killer charges at her. It’s that fine line of “Are they in on the joke? Or is this a joke that just lands flat and becomes hilarious as a result?”. The oft repeated line of “This isn’t cranberry!” gives credence to the latter. 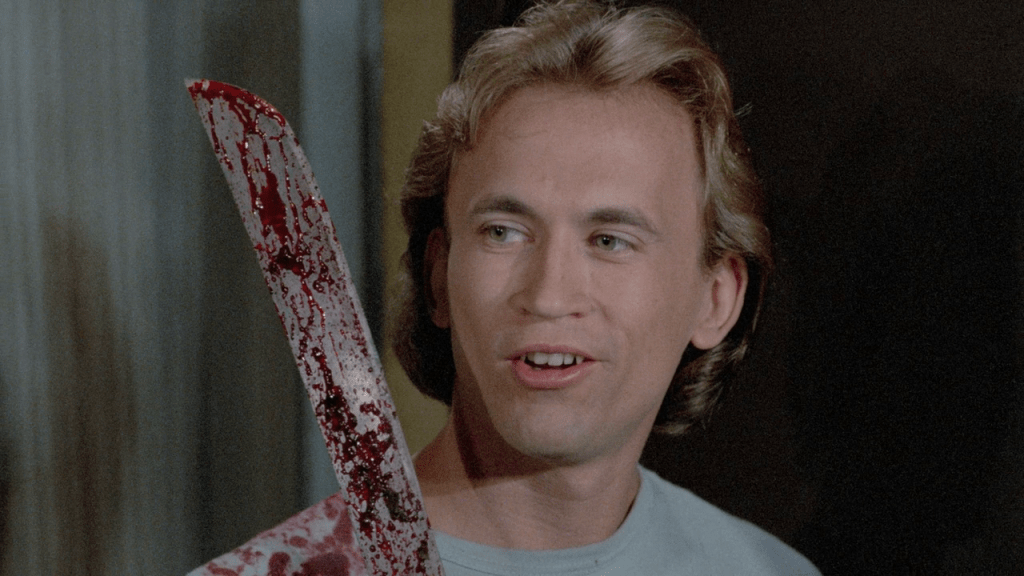 Director John Grissmer competently keeps things moving without ever getting in his own way. The look is the flat ‘Put the camera down here, why not?’ style that make some of the best euro-sleaze films special – think PIECES (1982). If you had told me this was an Italian 80’s slasher knock-off, I would believe you. It has that off kilter feel where things aren’t quite right, which makes things that much more fun. It has the feel of someone that doesn’t quite understand what people want from a slasher, so they lean into things, like the gore, to an absurd degree.

Oft kilter direction, a fun lead killer, and spectacular gore. What else do you need? Suspense? Stakes? Emotional value? You ask too much when it’s time to have a little bit of fun.

Oh, and Ted Raimi is in it for a single shot. 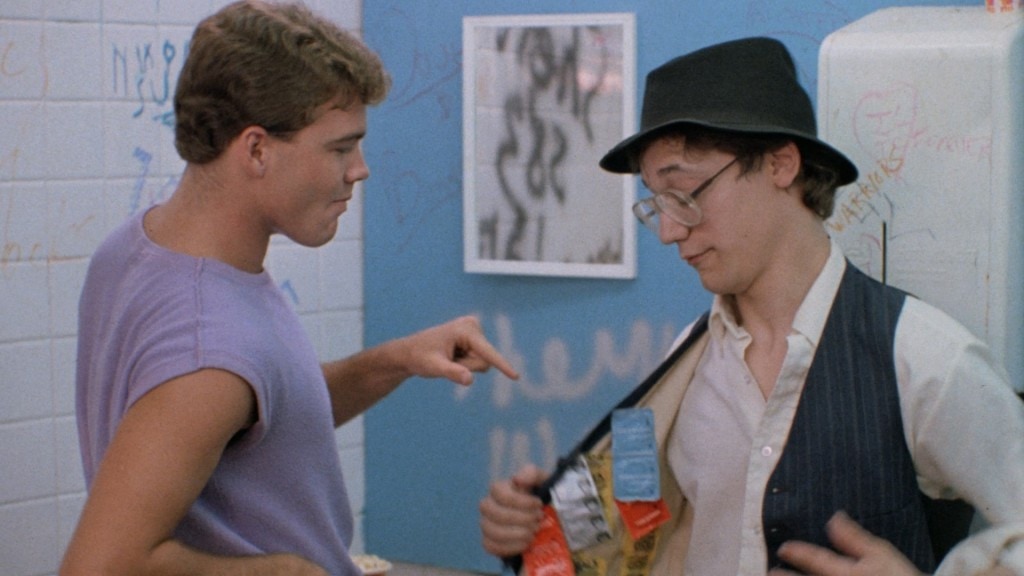