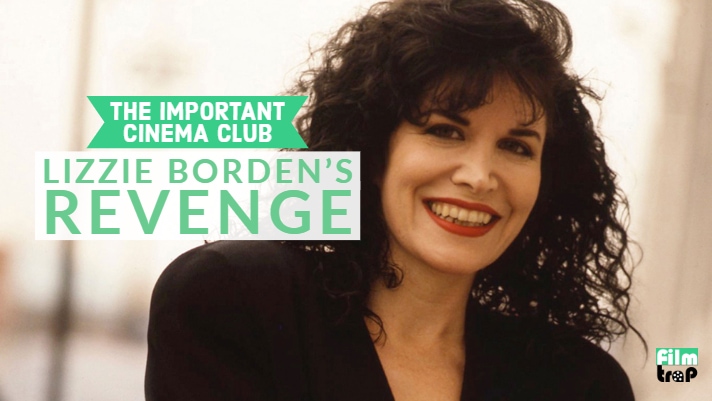 Plus, we talk about the amazing LUNCHMEAT magazine.

On this week’s Patreon episodes, we discuss our obsession and addiction when it comes to used bookstores.

The plot concerns two feminist groups in New York City, each voicing their concerns to the public by pirate radio. One group, led by an outspoken white lesbian, Isabel (Adele Bertei), operates “Radio Ragazza”. The other group, led by a soft-spoken African-American, Honey (Honey), operates “Phoenix Radio.” The local community is stimulated into action after a world-traveling political activist, Adelaide Norris (Jean Satterfield), is arrested upon arriving at a New York City airport, and suspiciously dies while in police custody. Also, there is a Women’s Army led by Hilary Hurst (Hilary Hurst) and advised by Zella (Flo Kennedy) that initially both Honey and Isabel refuse to join. This group, along with Norris and the radio stations, are under investigation by a callous FBI agent (Ron Vawter). Their progress is tracked by three editors (Becky Johnston, Pat Murphy, Kathryn Bigelow) for a socialist newspaper, who go so far they get fired.

College graduate Molly (Louise Smith), trying to bankroll her own business, works as a high-priced New York City escort. As a lesbian, she’s able to keep her emotional distance from the clients, who range from cynically exploitative to desperately needy. But her open ambition to rise above her current station rubs many of her coworkers the wrong way, especially the combative, street-smart Dawn (Amanda Goodwin) and the escort service’s disdainful madam, Lucy (Ellen McElduff).

Assistant district attorney Dana Greenway conspires with police lieutenant Maria Johnson to go after a serial sexual predator who identifies himself to his victims as “David Hanover,” a distinguished photographer. Greenway goes undercover, changing her appearance and passing herself off as a repressed schoolteacher. She eventually encounters Hanover, who seduces her, photographs her nude and causes Lt. Johnson to believe that Greenway might actually have fallen under his spell.