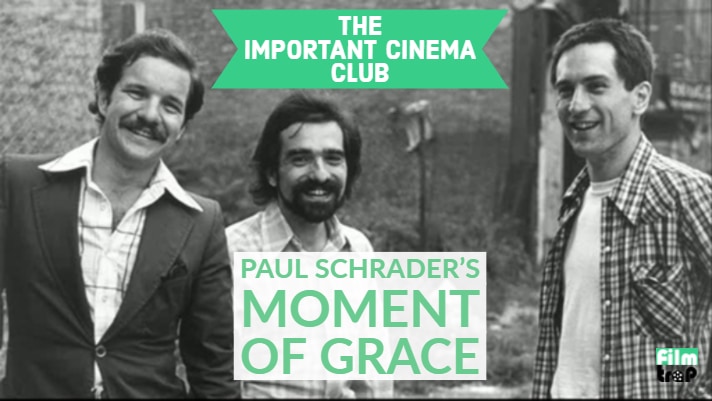 We discuss the career of Taxi Driver’s screenwriter and the director of Mishima: A Life in Four Chapters, The Canyons and Hardcore.

On this week’s Patreon episodes, we discuss the last few films directed by Steven Soderbergh.

Blue Collar (1978): “Richard Pryor, Harvey Keitel and Yaphet Kotto star in the powerful, critically acclaimed drama, Blue Collar. Three auto assembly line workers, fed up with union brass and tired of scraping by, hatch a plan to rob a safe at union headquarters. Disappointed with their measly bounty, they realize they’ve made off with something much more valuable than cash. Their unexpected swipe suddenly envelopes the three autoworkers in a desperate fight against corruption and organized crime.” – YOUTUBE

Hardcore (1979): “When Michigan businessman Jake Van Dorn (George C. Scott) lets his teenage daughter go on a church trip to California, she never returns. Jake hires Los Angeles investigator Andy Mast (Peter Boyle) to look for her, and Mast turns up a pornographic film she’s recently appeared in. Both stunned and increasingly disappointed with the police, Jake travels to California where he poses as an adult-film producer in hopes of finding someone who’s seen his little girl.” – IMDB

Affliction (1997): “In a small New Hampshire town, washed-up cop Wade Whitehouse (Nick Nolte) has a troubled past, an abusive father (James Coburn), the contempt of his ex-wife (Mary Beth Hurt) and an unimpressive streak as a lawman. When hunting guide Jack Hewitt (Jim True) reports a businessman’s accidental death during a hunting trip, Wade believes he has a chance to turn around his life, if he can prove it was murder. Increasingly obsessed, Wade begins to lose his composure during the investigation.” – IMDB

The Canyons (2013): “The discovery of an illicit love affair leads two young Angelenos on a violent, sexually charged tour through the dark side of human nature.” – IMDB