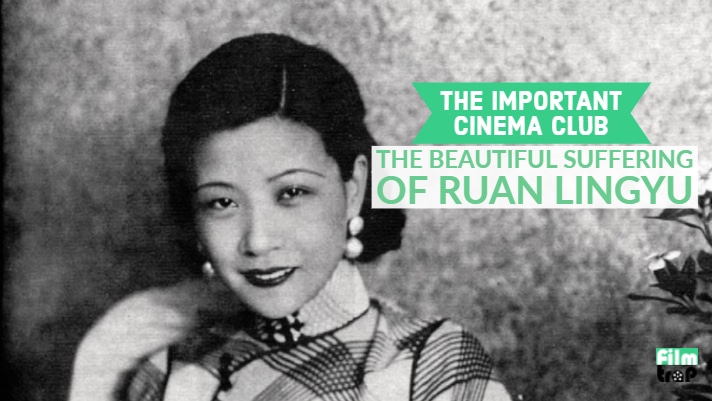 We discuss the iconic work of Chinese actress Ruan Lingyu and her work in THE GODDESS (1934), along with the adaptation of her life in Stanley Kwan’s bio pic CENTER STAGE (1991).

The Goddess (1934): “In Shanghai, a young woman (Lingyu Ruan) can support her baby boy only by turning to prostitution. In avoiding the police, the young woman comes under the inadvertent protection of a criminal boss who assaults her, then coerces her to work for him. Brutally forced to continue street walking, the woman nevertheless begins saving money secretly in order to send her son to a good school. When the boy is of age, his mother realizes her dream, until a teacher begins an investigation into her past.” – Youtube

You can watch the film in its entirety here:

Center Stage (1991): “The film is based on a true story: the tragic life of China‘s first prima donna of the silver screen, Ruan Lingyu. This movie chronicles her rise to fame as a movie actress in Shanghai during the 1930s. Actress Maggie Cheung portrayed Ruan in this movie. Nicknamed the “Chinese Garbo,” Ruan Lingyu began her acting career when she was 16 years old and committed suicide at age 24. The film alternates between present scenes (production talks between director Kwan, Cheung, and co-star Carina Lau, interviews of witnesses who knew Ruan), re-creation scenes with Cheung (as Ruan, acting inside this movie), and extracts from Ruan’s original films including her final two films The Goddess and New Women.” – Wikipedia

Rouge (1989): “Fleur (Anita Mui) is a highly sought-after courtesan working the bordellos of 1930s Hong Kong when she meets Chan (Leslie Cheung), the heir to a successful pharmacy franchise, and they fall in love. Chan risks losing the support and rank of his family by staying with Fleur, however, so they agree to meet in the afterlife after a suicide pact. When Fleur can’t find Chan, she decides to return to the living half a century later to search for her missing lover.” – IMDB