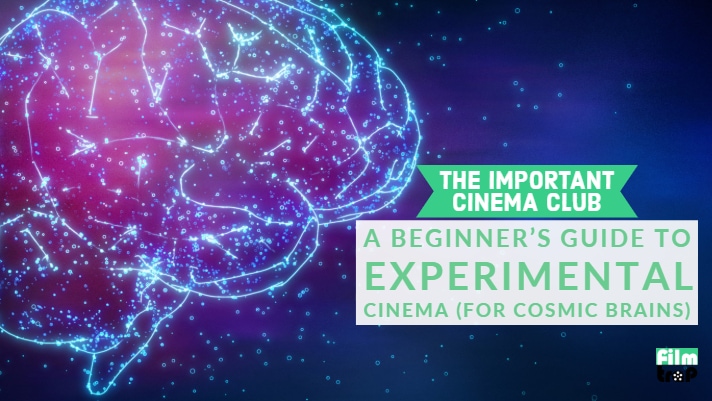 We discuss the work of Stan Brakhage, Maya Deren, The Kuchar Brothers, Michael Snow, Jonas Mekas and the history of experimental film. You must have this much mind power to enter!

We have a PATREON! Join for five dollars a month and get a brand new exclusive episode of ICC every week. This week we discuss Tarantino’s Kill Bill.

Mothlight is a silent “collage film” that incorporates “real world elements.”Brakhage produced the film without the use of a camera, using what he then described as “a whole new film technique.”Brakhage collected moth wings, flower petals, and blades of grass, and pressed them between two strips of 16mm splicing tape. The resulting assemblage was then contact printed at a lab to allow projection in a cinema. The objects chosen were required to be thin and translucent, to permit the passage of light. Brakhage reused the technique to produce his later film, The Garden of Earthly Delights (1981). Mothlight has been described as boasting a “three-part musical structure.”

Robots care for the survivors of a nuclear holocaust, until one goes rogue, kills its owner, and develops feelings for a human female. Sins of the Fleshapoids is a 1965 underground film directed by Mike Kuchar. It is a low-budget, campy sci-fi movie about an android revolt a million years in the future after humans have become too lazy and selfish to take care of themselves. The film was a major influence on cult director John Waters who has said that Sins of the Fleshapoids “really shows what an underground movie was.”

Meshes of the Afternoon (1943) is a short experimental film directed by wife-and-husband team Maya Deren and Alexander Hammid. The film’s narrative is circular and repeats several motifs, including a flower on a long driveway, a key falling, a door unlocked, a knife in a loaf of bread, a mysterious Grim Reaper–like cloaked figure with a mirror for a face, a phone off the hook and an ocean. Through creative editing, distinct camera angles, and slow motion, the surrealist film depicts a world in which it is more and more difficult to catch reality. In 1990, Meshes of the Afternoon was selected for preservation in the United States National Film Registry by the Library of Congress as being “culturally, historically, or aesthetically significant”, going into the registry in the second year of voting. In 2015 the BBC named the film the 40th greatest American movie ever made.