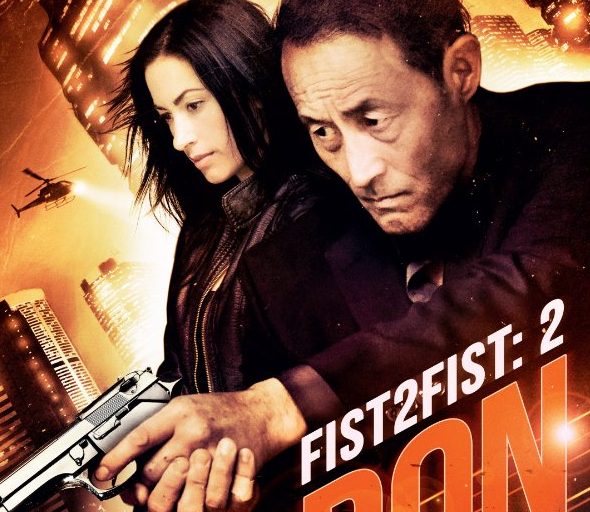 A project has a certain purity when a martial arts teacher stars/writes/produces/choreographs and directs it. Jino Kang does all of those things in his third film FIST 2 FIST: WEAPON OF CHOICE and its undeniably an extension of its creator – stone faced, reserved and a secret killing machine waiting to be unleashed. There’s no doubt Jino Kang is Hapkido master. Unfortunately, in WEAPON OF CHOICE, Jino stands on the outskirts, waiting for the overly complex shenanigans to end before the good stuff can begin. He participates in an assassination at the top of the film and blows some home invaders away a few minutes later, but the picture’s major flaw is that Jino doesn’t give us enough Jino. We want to see the man throw baddies into tables, and stab masked dudes in the neck, and instead he hangs out with a bunch of FBI agents as they move through an unnecessarily complex plot.

But then the fifteen minute climax arrives A.K.A – JINO UNLEASHED!

Jino stumbles into an abandoned warehouse, the best of climax locations, and runs into a literal parade of baddies eagerly waiting to get their faces punched, guts stabbed and arms chopped off. Jino is a Hapkido master, and while all of his moves are supposed to be authentic, my untrained eye could only see that he kicked all manners of ass. It’s the kind of direct and brutal stuff that indie action connoisseurs are always on the lookout for. It may not be the most stylish, or well photographed, but it feels authentic.

I’d be curious to see what Jino Kang could do if he streamlined his story, made himself front and center, and upped the action quotient on his films. He’s obviously aware of his limitations of his acting abilities, but he’s an interesting physical presence, and I’ll keep my eyes peeled for whatever he does next.