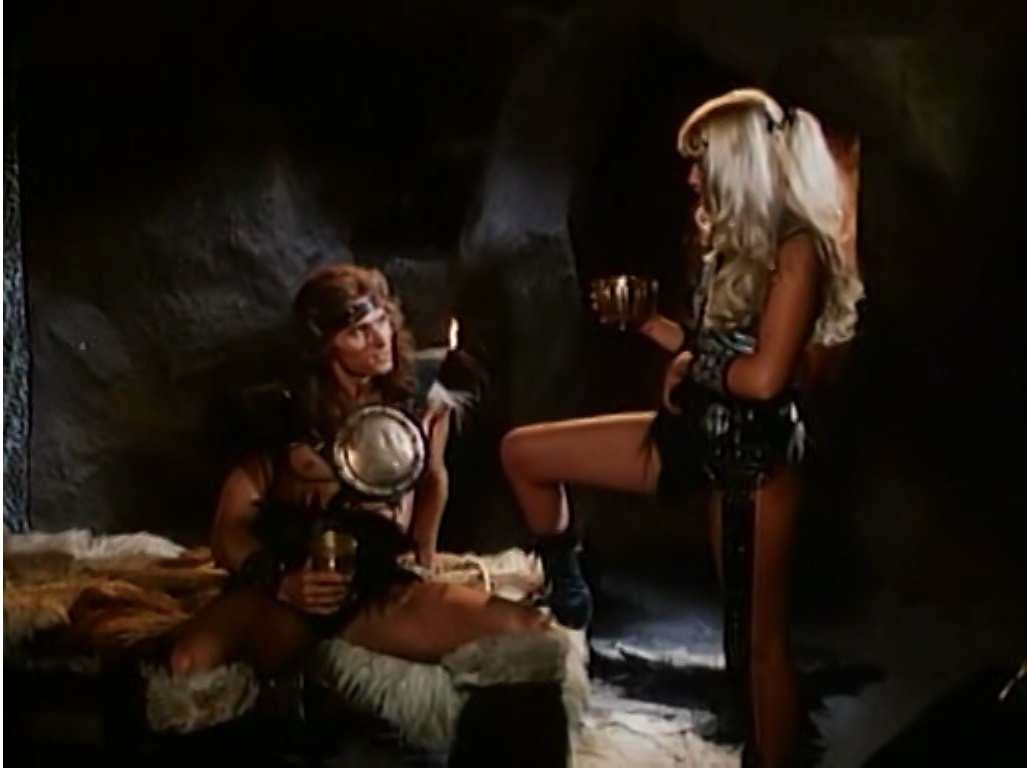 Oh, Ator, I have a special place in my heart for you. I remember watching the “Cave Dwellers” episode of MST3K and loving the weird, hilarious, and bizarre world of Ator. At the beginning of “Cave Dwellers” there is an extremely long flashback of Ator’s other exploits, and at the time, I honestly assumed they didn’t come from an actual different film, but where just made for “Cave Dwellers.” 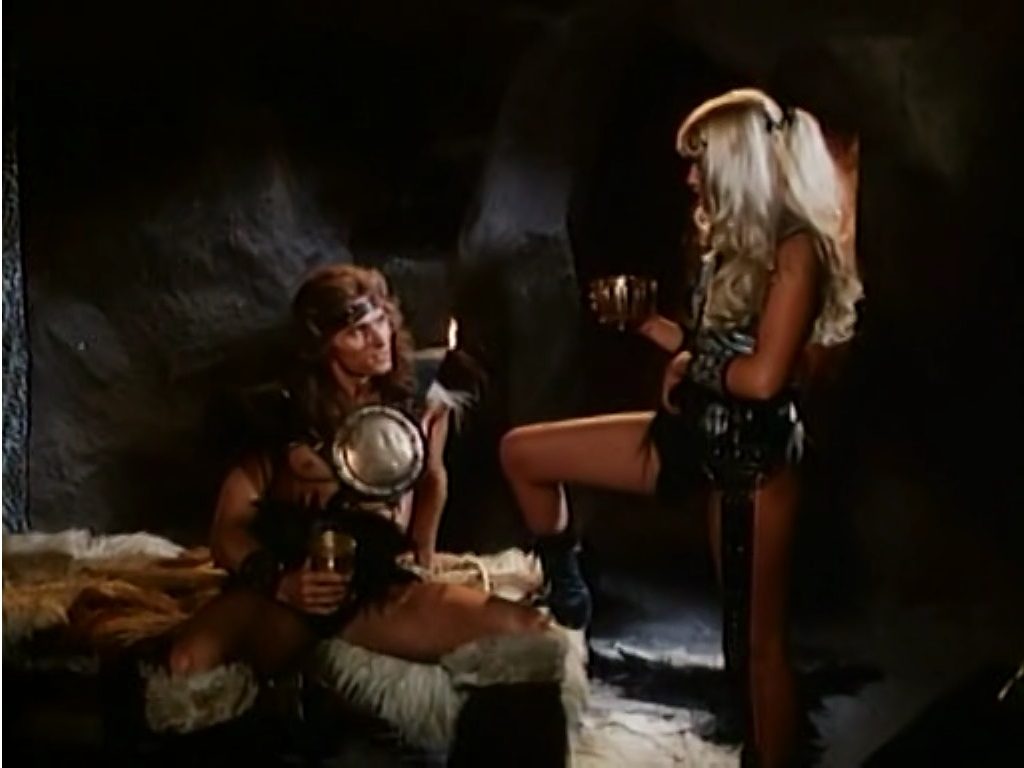 Then, as I grew up from being a wee lad, into the hulking movie watching marauder I am today, I learned that “Cave Dwellers” was also called Ator, L’Invincible 2, or The Blade Master, as well as learning that the flashbacks actually belonged to the original. Ator, The Fighting Eagle, or “Ator L’Invincible”.

So, of course, I needed to see the first one just for the sake of the potential ensuing comedy… and trust me, comedy ensues.

Right from the beginning a PG rated Conan rip-off seems like a bad idea, but boy did they run with it. Ator, The Fighting Eagle like its sequel also kicks off with an extremely long and convoluted narrative about the world. Spider kings, gods, and a prophecy of a chosen one that would save them all. His name was Tauren. He came to right wrongs, defeat evil, and save the world! 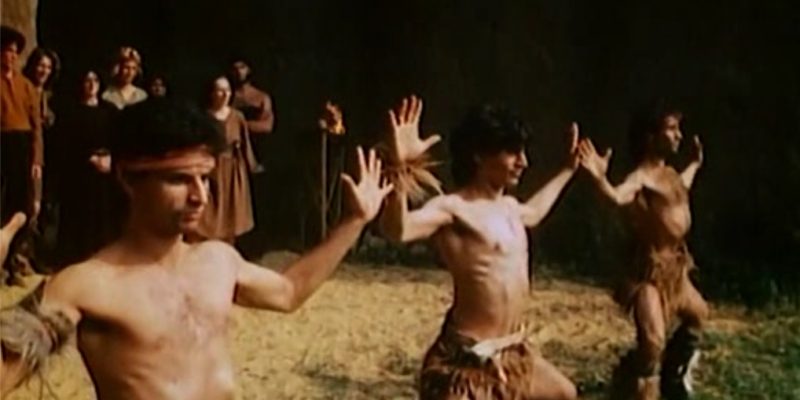 Being the unstoppable hero of legend, he of course promptly died. Luckily for the world, though, he got a lady pregnant first. Phew, dodged a bullet there! So this lady, who goes nameless, gives birth to our real hero, Ator! That story and more are all covered in the lengthy voice-over prologue.

Skipping ahead 20 minutes to the post-prologue section of the film. While Ator, The Fighting Eagle may be PG, and miss out on all the fun scenes of nudity and blood, it showers us with all types of bad movie comedy gold. A spiteful ex-spider wizard saves Ator as a baby and puts him with a surrogate family.

He grows up into a blonde chiseled beefcake consisting solely of muscles and glamorous hair.

But Ator is more than that. He is a lover and a thinking man’s philosopher. He does not know he was adopted, but while sitting on a rock in a field he asks his true love… his sister… why they can’t marry. To which she replies quickly,

“Ator, we are brother and sister.”

After a moment of sad silence as Ator stares blankly into the sun, just yearning to marry his sister, he says “I’ll go talk to father about this.” Truly Ator, and Sunya, are destined to be together! Also, there really is a great scene where he tries to convince his dad that it is okay to marry his sister before finding out he was adopted. Solid Gold! 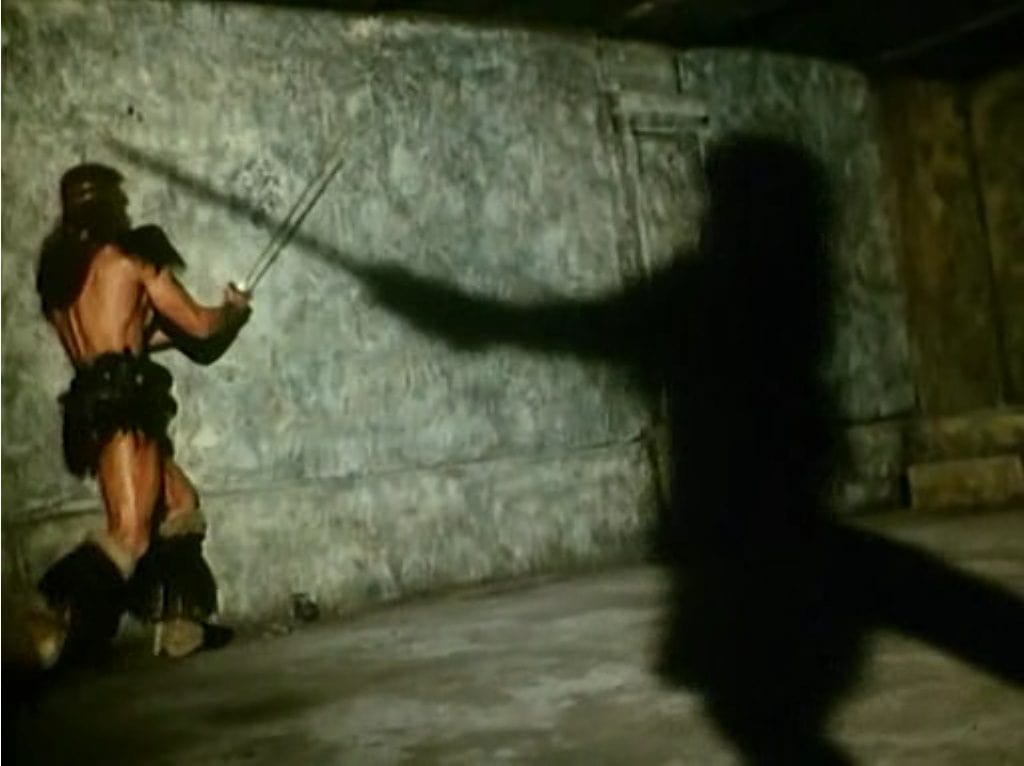 Sadly for Ator, all this almost incestuous joy is short lived. As the spider king attacks his village and Sunya his lady love/sister/wife gets kidnapped. Greeba…mor is it Griiba? Anyway, the spider wizard Greeba, who saved him as a boy trains Ator in the ways of swordplay and tactics, all seemingly in one afternoon.

Then, the next day, when he is ready, Ator gets his father’s sword and goes off on an adventure of a lifetime. One that includes such memorable moments as being captured 15 seconds after finishing his training, running away from the living dead soldiers, getting captured again, this time by a snake lady, beating up blind blacksmiths, fighting his own shadow, making a man explode into a puff of smoke, and finally killing a giant puppet.

I don’t know about you, but if you read that and aren’t interested in watching this, then you are reading the wrong review! There is so much joy to be had when watching a film like this. You are never sure if the people involved in “Ator” cared too much, or way too little. Either way, leaving the audience with a terribly bad, and funny piece of VHS era history.

Ator, The Fighting Eagle is well worth its weight in comedy gold. Terrible dialogue, awful acting, giant spider puppets, and no budget make for a movie that is fun for the wrong reasons.