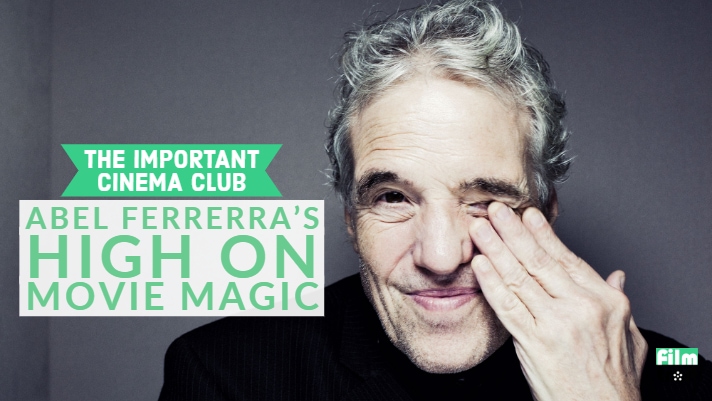 All those adjectives describe director Abel Ferrera, but none of them explain how he’s survived for so long and continued to helm projects that are personal and unique. Hosts Justin Decloux and Will Sloan may not have all the answers, but they do discuss the man’s first film, the psycho murder romp DRILLER KILLER (1979) and his most critically acclaimed film, the psycho cop romp BAD LIEUTENANT (1992), with a quick chase through the man’s filmography along the way! Did you know he made

a black and white vampire film? Or a Christmas film? Or that Will Sloan has met him twice face to face?

For the answer to these and many other important questions, you must listen to the episode before it’s too late.

An artist is driven to insanity while struggling to pay his bills, work on his paintings and look after his female roommates. He takes to the New York streets at night and kills homeless people at random with his drill.

The Lieutenant (Harvey Keitel) is a corrupt cop steeped in gambling debt who exploits his authority to sexually harass teenage girls, embezzle money and abuse drugs. His troubles come to a head when a mob lackey delivers an ultimatum: pay off his debt, or else. His fate appears sealed. But when The Lieutenant learns that a $50,000 reward is being offered to whoever catches a pair of thugs who raped a nun (Frankie Thorn), he jumps at the opportunity, hoping that he can still redeem himself.